Oldest of the Maldera brothers (well known with his brother Aldo, both ex-Milanists), he grew with the Milan juvenile teams to the category of Primavera. He then spent two years in Series B wearing the Monza and Verona jersey.
During the 1968/69 season he began playing in Series A upon his return to Milan.

Wearing the red and black jersey of Milan he played for 5 seasons, winning:

From Milan he went to Catanzaro, during the Series A years of glory. He played for 6 seasons in Calabria, after which his playing career ended.
Since the end of his professional career Gino Maldera has worked for quite a few seasons with the juvenile teams of Milan.
Since becoming “Super Trainer 2nd Class” in Coverciano, he has dedicated his time to training the juvenile team of Milan, from the 1980/81 season to the 1996/97 season. He then became an instructor at the AC twin soccer school.

Since 2007 he has become the AC Milan Official Supervisor in charge of one of the 5 hugest AC Milan football Schools (6-8 years old boys and girls) based in Milan. 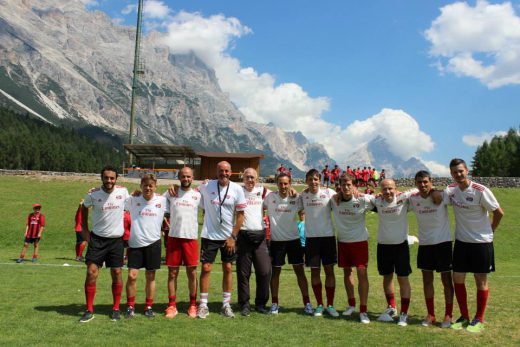